Joseph T. Humphrey is a premiering author of contemporary fiction for young adults with adult crossover appeal. He loves a good thriller with complex, cerebral plot lines and plenty of action. And he loves his heroes to be heroic!

When Joseph is not writing, he works as a board-certified emergency medicine physician, although he wishes he could be out slaying minions of the darkness with the characters in his books. He lives in Illinois with his fabulous wife, who gave him inspiration for his story. He also served as a flight surgeon for the U.S. Navy, but even more perilously, he is the father of two young boys.

Joseph is also a Christian thinker and speaker—he loves talking about Jesus Christ and the Gospel message. He tries playing the banjo when his lovable Goldendoodle allows him a break from the constant petting. He likes baseball, loves the Avengers, and hunts for the best donuts shops across the country.

“Humphrey offers an imaginative, fast-paced tale that’s sure to please both teen and adult readers...A wild but inspiring read will leave readers looking forward to a sequel.”
– Kirkus Reviews 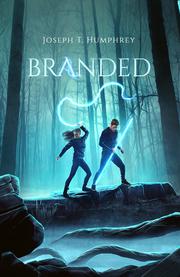 A supernatural coming-of-age YA adventure in which teen warriors battle demons that lurk among us.

High schooler Henry Murphy excels in baseball, focuses on his scholarship prospects, and has a complicated relationship with his friend Charlotte “Charley” Scott. However, when a classmate experiences an apparent breakdown at school, desperately imploring Henry and Charley to run from an unseen presence, their own understanding of reality begins to unravel. Together, the teens discover that the world is occupied by creatures known as Nekura: deceitful demons who thrive amid the distraction and confusion of modern life. The creatures manipulate their environment as they seek to harness the power of the Light—the essential life force of all things—and plunge humankind into turmoil. Henry also discovers that he’s the son of a Salient, descended from Celestial beings and a military commander of Nekura heritage. Charley, too, shares a special connection to the Light, which transforms her from a frightened young girl to a whip-wielding warrior. With the encouragement of Henry’s formidable parents, Henry and Charley help to vanquish the evil in their midst, but a new plan is emerging to give an evil being absolute power. Over the course of this novel, Humphrey offers an imaginative, fast-paced tale that’s sure to please both teen and adult readers. The work is never gratuitous or graphic in its depictions of violence, which makes it suitable for adolescents. However, it is full of exciting action scenes, and it also has its share of scary moments. Moreover, the book’s central story of a struggle between good and evil also delivers an important message for readers of all ages: that one should be wary of the numerous distractions of modern life, which can lead to a loss of one’s identity if one isn’t careful.

A wild but inspiring read will leave readers looking forward to a sequel.