Heather Mullaly is an award winning author of books for children and teens. A former teacher and current mental health counselor, she is a passionate believer in the power of story. She lives in Virginia with her husband and their three teenagers. 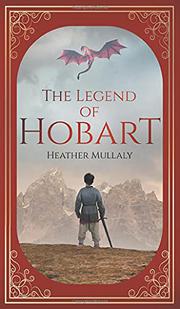 THE LEGEND OF HOBART

A would-be hero sets off on a quest to prove himself worthy in this middle-grade fantasy.

Twelve-year-old Hobart Septavious of Finnagen wants to be a knight. But he must be nominated to the King’s School for the Education of Future Knights by May Day or he’ll have surpassed the age limit to enroll. He leaves the family’s pig farm determined to perform heroic feats, and his mother says, “Have fun playing dragon slayer.” Hobart visits Mildred the Wise, who points him toward the last local dragon at Castle Flamegon. She also gives him an error-ridden almanac, an endless bag of turnips, a spool of unbreakable string, and Albert the talking horse. Though receiving a sword would have been nice, Hobart hits the road and soon encounters a wolf. After inadvertently chasing the beast away, he finds that he’s saved a boy named Tate of Fair Oaks. The boy joins Hobart’s quest to repay him, and eventually, they’re challenged by an elderly knight named Sir Danton of Mortico. A girl named Hero arrives and explains, “My grandfather gets confused.” When Sir Danton believes himself “bested,” he offers Hobart his sword, Guardian. Hero also joins the quest to face the dragon, which will be like nothing the teens have imagined. Mullaly’s middle-grade fantasy will effortlessly charm readers both young and old. Hobart has a stutter and is bullied by Lord Finnegan’s nephew, William the Tormentor, yet he chases his dream of knighthood. Clean prose bolsters dry humor, like when Hobart isn’t sure that having a talking horse is a good idea: “By the end of the day, I was sure. It was a bad thing.” During the adventure, each of Mildred’s seemingly useless gifts proves urgently needed in a particular situation, like the turnip bag that feeds starving villagers. One character tells the adventurers, “When we are young, we think we are immortal, but the years will pass...too quickly.” Mullaly’s message that compassion should supersede personal gain unfolds subtly and beautifully. Her cast exits the stage quickly, sure to make fans crave more.

Succinct and marvelously told; a middle-grade fantasy for everyone. 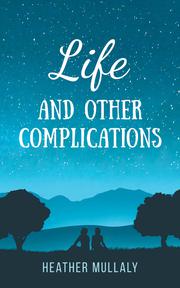 LIFE AND OTHER COMPLICATIONS

A girl with HIV tries to hide a secret from the boy she loves in Mullaly’s YA novel.

Aly Bennett has known Luke Harrison and Caroline Reese since she was 8, when she moved to Trinity, New Hampshire, to live with a foster family. The kids met in the Children Living With Life Threatening Conditions Support Group at the local hospital: Luke has an inoperable brain aneurysm, Caroline was diagnosed with leukemia,and Aly is living with HIV. Nine years later, the trio are still friends, Caroline’s cancer is in remission, and Aly has long been nursing a secret crush on Luke. She’s afraid to tell him about her feelings even after he offers to take her to prom. After all, she thinks, dating a girl with HIV is different than just being friends. To make things more complicated, the most traumatic event from her past has resurfaced: The man who gave Aly HIV when he sexually abused her is about to stand trial, and the district attorney wants Aly to testify against him. If she agrees, she has the chance to put him behind bars while also sparing his most recent victim the pain of appearing in court. However, everyone will find out that Aly didn’t contract HIV from her mother at birth, as she’s always said, and she wonders how Caroline and Luke will react to the fact that she never shared the truth with them. Over the course of the novel, Mullaly’s prose crackles with anxiety and longing, by turns, as when Aly and Luke dance at the prom: “Barely a breath separated us. But I didn’t feel trapped. And for a few minutes, I could pretend that we weren’t ourselves. That Luke wasn’t terminal, and I didn’t have HIV.” Aly and her friends are all well-drawn characters: typical teenagers who also must live with intense situations surrounding their health and well-being. Some readers may find the general premise of the novel to be a bit contrived, particularly given the longtime trend of terminal illness in YA. However, Mullaly executes the work with finesse, effectively balancing a believable young cast with high, real-world stakes.

An engrossing and sometimes-affecting teen story.

THE LEGEND OF HOBART: Kirkus Star