Myra Hargrave McIlvain tells stories, mostly tales about Texas and its unique history. She’s written a family humor column, Texas historical markers, and five books about Texas that were published by University of Texas Press, Texas Historical Commission, and Eakin Press. Her articles about Texas have appeared in newspapers all over the country and in magazines such as TEXAS HIGHWAYS. McIlvain presents her Texas history lectures to all five of the OLLI continuing education programs at the University of Texas at Austin, to classes at the Austin Lifetime Learning Institute, and to other venues.
LEGACY, McIlvain’s first novel, opens in the last year of World War II as twelve-year-old Miranda Harrison is swept into the struggles of her Texas town and the trauma within her family.
McIlvain’s latest historical fiction is the award-winning STEIN HOUSE, a German family saga that took shape while McIlvain lived near the old ghost town of Indianola, a port that developed as the result of the vast wave of nineteenth century German immigration into Texas. 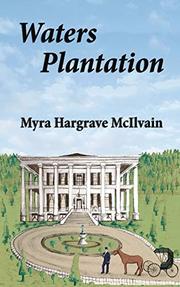 McIlvain (Stein House, 2013, etc.) takes readers back to Texas at the end of Reconstruction in a novel about a man trying to come to terms with his biracial son’s radical decision and the return of a woman whom he’d thought he’d lost.

In 1875, plantation owner Al Waters’ gifted son Toby, who’s leaving for Harvard Medical School in the fall, comes home from a college graduation party enraged by a rumor that he’s not wholly white—although his skin is light enough that he can easily “pass” as Caucasian, as he has all his life. Al confesses that Toby’s mother was a black slave; Toby was conceived, Al says, on a night when he was drunk and despondent over the fact that a woman named Amelia wouldn’t leave her husband for him. Later, Toby, for reasons that are hard for Al to fathom, decides to embrace the black side of his heritage; the young man comes back from his first year at Harvard with his hair cut very close to highlight his new identity. Al had married his brother’s widow and freed her slaves, and he now runs the plantation as a cooperative with the freedmen; members of the Ku Klux Klan try to terrify the cooperative into submission, but they’re beaten back. Meanwhile, Al continues to struggle with his son’s choices. To say that McIlvain writes well is an understatement; she makes readers truly feel for her characters, and as a result, they seem very much like real people, not fictional ones. Among the notable secondary players is Amelia, whom Al marries, and she helps him reconcile with Toby in a process that proves to be long and subtle. There’s definitely a sagalike quality to McIlvain’s tale, with key moments of both sorrow and optimism—good people die, but others carry on and have children. She also offers an ending that will remind readers that the end of Reconstruction was also the beginning of Jim Crow. But still, through it all, one gets a sense of indomitable hope.

Readers will likely welcome a sequel to this well-wrought historical family saga. 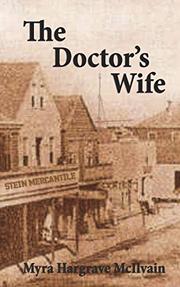 McIlvain’s (Stein House, 2013, etc.) immersive historical prequel portrays the birth of a Texas town through the eyes of a young immigrant.

Impulsive teacher Amelia Anton accompanies a wealthy family on a one-way voyage from Germany to Texas in the fall of 1845. Soon abandoned in a Galveston hotel, she works as a chambermaid until the ship’s doctor, Joseph Stein, returns to ask her to marry him. Although they’re barely acquainted, she agrees, mostly to escape the misery of “emptying chamber pots every day.” When she and Joseph arrive in Indian Point, Texas, they find boatloads of German immigrants who were swindled into buying American land “living in tents and…dying from disease and exposure.” Joseph, a dedicated doctor, and Amelia, a devoted English teacher, soon earn the burgeoning community’s approval, but as a couple, Amelia thinks, they “go about our parallel lives, wearing our pleasant, false faces.” As her husband tends the sick, builds a pier, and opens a store to serve locals and soldiers fighting the Mexican-American War, Amelia does her best to be a good wife, despite her constant disappointment in her childless marriage: “The store is like my child, I constantly think of how I can make it grow and be healthy.” McIlvain has a historian’s eye for detail, a good ear for dialogue, and a fascination with the political machinations that affect the tiny town’s growth, including unflinching engagement with the inhuman institution of slavery. Unfortunately, the passionless marriage at the book’s core, as well as weak character development, creates a sense of stasis. When Amelia meets a charming stranger in New Orleans who offers her “a chance to be a real woman,” the novel perks up. But the scenes in Indian Point tend to read like museum pieces—interesting but devoid of emotional investment. McIlvain’s novel ends as it begins, with a ship’s arrival, but it could have used another chapter to bring closure to Amelia’s experiences and to hint at her uncertain future.

A novel that vividly brings history to life, but its heroine’s development feels incomplete. 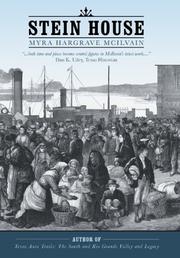 Historical fiction is anything but boring in McIlvain’s (Legacy, 2012, etc.) latest work.

The year is 1853; Helga Heinrich, a German immigrant, has just arrived at the port town of Indianola, Texas, with her four children. Her husband, Max, should have been there, too, but he leapt off the pier at the beginning of the voyage and drowned. Although Helga misses Max, she is secretly relieved that she no longer has to deal with his alcoholism. She hopes that with the help of her sister Amelia, who came to Indianola years ago and married a doctor, the children will have a better life. As history sweeps through Texas—including the Civil War, yellow fever, drought, hurricanes, and newfangled inventions like railroads and washing machines—Helga finds herself running Stein House, a prosperous boardinghouse with a diverse clientele that includes a fussy warehouse owner, an abolitionist sea captain and a freed slave. McIlvain faces the South’s history of slavery head-on, contrasting the Germans’ distaste for the practice with the pro-slavery land they now live in. It makes for a fascinating glimpse into a world that isn’t as black and white as it might seem, as the Heinrichs are vehemently against slavery yet still feel fierce pride in and loyalty to their new home of Texas when it secedes from the Union. When Reconstruction occurs, McIlvain skillfully illuminates the complex events that bred resentment in the South, showing everything from the unique points of view of Southerners who are also recent immigrants. Although the novel (which won first place for general fiction from the Texas Association of Authors in 2014) occasionally veers off into a bit of a history lesson, this is no dry textbook—Helga and her family’s successes, hardships and heartbreak show history from a personal perspective.

A wonderful slice of history that animates mid-19th century Texas.

Writing and lecturing about Texas history

"Promise me you'll always remember you're braver than you believe, and stronger than you seem, and smarter than you think." A.A. Milne, "Winnie the Pooh"

Discovering stories--true and made-up--that I can share in my writing and lectures.

Shadows on the Land: An Anthology of Texas Historical Marker Stories

"Although the stories in Shadows on the Land may not be included in general histories of the state, you will find they provide an interesting sample of Texas heritage. As modifiers of a larger story, they will give you a new perspective of Texas history." Dan K. Utley, Dir. of Research and Markers, THC, retired
Published: Jan. 1, 1984

"This is a marvelous book--both entertaining and educational, containing lively historical narrative deftly woven into area descriptions, directions, information, and contact numbers for the traveler. . . .The reading of these excellent sections could make getting there half the fun." -- Lone Star Library
Published: July 1, 1984
ISBN: 0-292-78050-8

Four "auto trails" lead the reader on a journey through the history of towns and events of South Texas, including the mighty King Ranch, the beautiful Aransas Wildlife Refuge, a seaside museum designed by architect Philip Johnson, and the Rio Grande Valley hugging both sides of the Texas/Mexican border.
Published: May 1, 1985
ISBN: 0-292-78064-8

All roads lead from Houston in this entertaining and informative set of driving tours through historic southeast Texas, from the bustling Bayou City to the fascinating small towns. Lively tales of the history of the area are accompanied by visits to historical homes, museums, unusual features in the landscape, and restored hotels. The trails sweep from Orange in the east to Shiner in the west and from Navasota and Anderson in the north to historic Indianola in the south.
Published: Oct. 1, 1982
ISBN: 0-292-78050-8