Growing up in an Air Force family, frequent moves taught Patricia Ann Saunders about other cultures and how to quickly make friends. She loves writing about people, cooking, food and the arts. Her other love is teaching art to children.
Patricia's creative life revolves around her art partners (her husband and granddaughter) and often two kitties that offer their very strong feline opinions.

“A warm introduction to an inspiring figure.”
– Kirkus Reviews 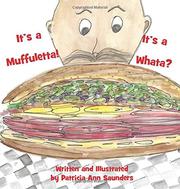 IT'S A MUFFULETTA! IT'S A WHATA?

Based on a true story, this illustrated children’s book explains the origin of a signature sandwich.

After leaving Palermo, Sicily, Signor Salvatore Lupo comes to New Orleans in 1906. He plans to open a grocery shop stocked with delicacies such as pasta, salami, and more, catering to immigrants like him who miss the taste of home. Nearby, another Sicilian opens a bakery for Italian-style breads, which Salvatore stocks in his shop as part of the lunchtime spread. Though Salvatore’s shop is popular, it’s also small, and some customers have to eat standing up. The traditional style is to have a plate with lots of separate items like cheese, salami, olives, bread, and more, because “Sicilians only ate one thing at a time.” But crowded people and small plates lead to a lot of spills, so Salvatore has a brilliant nontraditional idea: make an olive salad and pile it with salami, ham, and Swiss cheese onto a crusty Italian loaf. Unfortunately, customers complain that the resulting sandwich is too hard to chew until Salvatore has another great notion—use soft muffuletta bread instead. The dish is a huge hit and is still a New Orleans specialty. In her second children’s book, Saunders tells a lively story full of energetic exclamations like “Mamma Mia!” and “kurplunk!” The tale celebrates immigrant ingenuity and the birth of new traditions that still honor one’s roots. Salvatore’s accent could be considered stereotypical, as in “How abouta everything goes on to the breada?” But it’s in the context of respecting his achievements. The work includes recipes for olive salad and muffuletta bread as well as background information about Salvatore and how Saunders came to write the book. The author’s watercolor and ink illustrations, which depict a light-skinned cast, are amusing, gently colored, and sprightly. 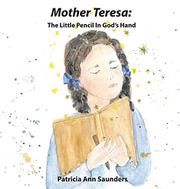 A debut picture book focuses on the origins of Mother Teresa.

Mother Teresa was known by a different name as a child—Agnes. As Saunders tells her tale, her words are accompanied by soft watercolor and colored pencil illustrations that enhance the storyline and evoke a sense of reverence. From early on, Agnes was torn between her desire to become a writer and her dream to help the poor. She knew the hardship of poverty after her father unexpectedly died. But Agnes’ mother “stitched their family back together again” by selling embroideries. Agnes took food to the needy as a child and developed her writing talent. Eventually, she felt a divine “tugging inside her heart” to serve God in India. She combined her service there with writing, living up to her own stirring words: “I am a little pencil in the hand of God.” The simple language Saunders uses is appropriate for a young audience, and studious readers will enjoy the back matter that gives additional information. Rather than spouting facts about Mother Teresa, the author takes a personal approach, considering what life may have been like for her. While Saunders has clearly done her research, she also deftly takes artistic license to bring the tale alive with sensory and emotional details.

A warm introduction to an inspiring figure.

I don't really have a 'hometown'. We moved so many times living in Lima, Peru, Japan,and various states. And I loved it.

I can't pick just one!

I've been primarily a mother, art teacher and now author/illustrator.

I didn't know I could write stories. I've surprised myself.

I love illustrating and writing books for kids. It's fun and just what I want to be doing for the rest of my life.

It's a Muffuletta! It's a Whata?