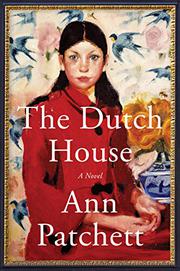 Their mother's disappearance cements an unbreakable connection between a pair of poor-little-rich-kid siblings.

Like The Children's Crusade by Ann Packer or Life Among Giants by Bill Roorbach, this is a deeply pleasurable book about a big house and the family that lives in it. Toward the end of World War II, real estate developer and landlord Cyril Conroy surprises his wife, Elna, with the keys to a mansion in the Elkins Park neighborhood of Philadelphia. Elna, who had no idea how much money her husband had amassed and still thought they were poor, is appalled by the luxurious property, which comes fully furnished and complete with imposing portraits of its former owners (Dutch people named VanHoebeek) as well as a servant girl named Fluffy. When her son, Danny, is 3 and daughter, Maeve, is 10, Elna's antipathy for the place sends her on the lam—first occasionally, then permanently. This leaves the children with the household help and their rigid, chilly father, but the difficulties of the first year pale when a stepmother and stepsisters appear on the scene. Then those problems are completely dwarfed by further misfortune. It's Danny who tells the story, and he's a wonderful narrator, stubborn in his positions, devoted to his sister, and quite clear about various errors—like going to medical school when he has no intention of becoming a doctor—while utterly committed to them. "We had made a fetish out of our disappointment," he says at one point, "fallen in love with it." Casually stated but astute observations about human nature are Patchett's (Commonwealth, 2016, etc.) stock in trade, and she again proves herself a master of aging an ensemble cast of characters over many decades. In this story, only the house doesn't change. You will close the book half believing you could drive to Elkins Park and see it.

Like the many-windowed mansion at its center, this richly furnished novel gives brilliantly clear views into the lives it contains.