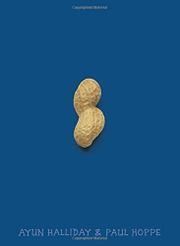 A faked allergy spins wildly out of control in this prosaic graphic novel.

Starting at a new school, sophomore Sadie Wildhack is led by first-day jitters to concoct one whopper of a lie: She informs her classmates that she is gravely allergic to peanuts. Her feigned condition serves as the perfect segue into new conversations, and it eventually helps Sadie find friends and even a handsome boyfriend named Zoo. As most lies do, Sadie’s catches up with her, and predictably, she is forced to confess to her prolonged pretense. While the theme of the story is universal (lying is bad!), here it is sadly pedestrian in its execution, verging on didactic. The notion of faking a peanut allergy feels juvenile, something better suited to a middle schooler than a high school student. Despite this, Hoppe's artistic style helps add some interest. Sadie's feelings of unease are visually palpable, evinced through her always-red shirt (and many wardrobe changes) set adrift against a backdrop of blacks, whites and grays. With its odd subject, this at times feels like an after school special, trying to show how relevant and edgy it could be, and is reminiscent of the failed Minx line from DC Comics.

If readers can suspend some disbelief and simply roll with what’s offered, perhaps this will work for them.