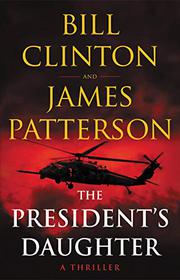 A bare-chested hero of a one-time president takes on a slew of very bad jihadis, and the bullets fly.

In office, Clinton lobbed a few cruise missiles at Osama bin Laden and company, to little apparent effect. Now, teamed up with literary industrialist Patterson, his vengeance is more comprehensive. Matt Keating helms the Oval Office. A former Navy SEAL, he has a special bone to pick with Asim Al-Asheed, a sadistic one-time doctor who once crucified a captive SEAL, leaving him to hang for an hour “before the captors grew bored and slit his throat.” Not nice. Holed up in the Libyan mountains, Asim has an eager enabler in a Chinese operative named Jiang Lijun. SEALs close in, bullets are exchanged, a bomb detonates, and Asim’s family members become collateral damage. What’s a bad guy to do? Kidnap Keating’s teenage daughter, of course, but only after Keating is out of office, “a one-term president known to history as the first to lose my job against an insurgent vice president,” Pamela Barnes, who'd never liked him and defeated him in the primaries. As president, Barnes proves less interested in Mel's safety than in politics, so it’s up to Keating to work the phones with Mossad, Saudi intelligence, and the Massachusetts State Police and assemble a crew to find Asim and “separate his brain stem from his spine.” It helps that Melanie, the daughter, knows her way around tactical weapons of various kinds. She’s a tough, resourceful kid, which only serves to tick Asim off even as Jiang woos him with geopolitical calculations and fat bribes. As for Keating, well, he’s the kind of dude given to lines like, “Except for Mel, there are no innocents up there. Armed or unarmed, running away or running toward us, kill ’em all.” Guess how it all ends? There’s scarcely a moment here that can’t be seen from afar: The bad guys sneer and stab, the good guys come riding in to save the day, the sitting president fumes at having been left out of the fun, and the authors throw in genre tropes like so many grenades.

Written by the numbers, but undemanding entertainment.