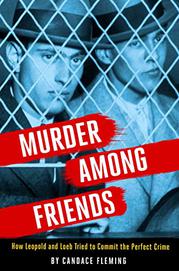 How Leopold and Loeb Tried To Commit the Perfect Crime

A comprehensive recounting of a child murder and the resulting landmark trial.

On May 21, 1924, 19-year-old Nathan Leopold and 18-year-old Richard Loeb drove through the streets of Kenwood, an affluent, partially Jewish neighborhood on Chicago’s South Side, looking for a random child to kill. They considered one of Richard’s little brother’s friends, but when that boy ran off, they settled on 14-year-old Bobby Franks, one of Richard’s cousins, with whom he’d played tennis the day before. Richard wished to prove himself a “master criminal”; Nathan wanted Richard to remain his lover. But despite the general incompetence and corruption of Chicago’s police force at that time, the pair were quickly taken into custody and confessed. Though their guilt was unquestionable, their families sought no less an attorney than Clarence Darrow (eminent in his profession though not yet of Scopes Monkey Trial fame), who took the case due to his hatred of the death penalty. Insanity had until then been seen as a binary condition; Darrow, saying “all life is worth saving,” argued that it was a continuum that could mitigate without fully denying culpability. Fleming, a master of meticulously researched nonfiction, covers Leopold’s and Loeb’s troubled childhoods, the horrible crime itself, the odd bond between the newspapers and the police that facilitated a conviction, and Darrow’s intelligence and humanity. In the end, however, Leopold and Loeb are so chilling that readers won’t celebrate their judicial victory.