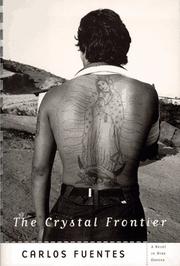 A Novel in Nine Stories

A sardonic tale about relations between the US and Mexico, by the latter country's acclaimed author of such cosmopolitan fictions as Terra Nostra (1976) and The Campaign (1991), among others. Each story portrays a conflict involving a family member, intimate, or business associate of "the powerful political Leonardo Barroso," a deal- and king-maker with a foot in both countries and a shadowy demeanor and personal history. For example, "A Capital Girl" traces the emotional vacillations endured by Michelina, an impressionable young woman who idolizes her godfather, Leonardo, as a result accepting marriage to his deeply unstable son Mariano. These and other characters reappear in several stories, a few of which are rather too nakedly discursive (e.g., the wheelchair-bound narrator's monologue in "The Line of Oblivion," and a predictably manic-depressive relationship between a wealthy white matron and her abused Mexican housemaid in "Girlfriends"). Indeed, most of the stories are too frequently interrupted by ironic commentaries on both American arrogance and myopia and Mexican illiteracy and inertia. However, "Spoils" presents a delicious characterization of its protagonist Dionisio, a cooking expert and gourmet explorer of several species of appetites. And in "Malintzin Las Maquilas"—a lively, sexy story whose sociopolitical content emerges naturally from its character relationships—Fuentes vividly depicts the volatile bonding among three women factory workers. The long (and uneven) climactic story, "Rio Grande, Rio Bravo," explores in too pat a fashion the human and diplomatic ramifications of "crossing the border," and brings the volume to a stagy (if perfectly logical) violent end. A vast improvement over Fuentes's recent self-indulgent metafiction Diana (1995), and a pretty creditable dramatization of the mocking rhyme with which the book leaves us: "poor Mexico,/poor United States,/so far from God,/so near to one another.