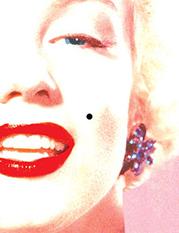 A Verse Novel of Marilyn Monroe

A poetic tribute to the life of Norma Jeane Mortenson, better known as the film star Marilyn Monroe.

Weatherford shows readers how the young Norma Jeane fashioned the construct of Marilyn Monroe out of a desire to be seen, known, and loved. Her adopted Aunt Grace’s vision gave Norma Jeane an escape from poverty and abandonment through the manipulation of her body, and she eventually found the will to live—and even thrive—in front of the camera. Though readers feel Norma Jeane’s pain and desperation, Weatherford also conveys her sense of power: Despite being dyslexic, she acquired an extensive personal library that revealed her search for knowledge. Ultimately, however, Norma Jeane was not able to escape “Marilyn Monroe,” a version of herself that became a prison. This is a meditation on a woman trying desperately to escape the personas constructed for her by her family, the foster-care system, the movie industry, and her fans. In a series of spare and precise first-person poems narrated by Norma Jeane, Weatherford captures her iconic contradictions and, by doing so, reveals traumas, professional successes, and moments of authentic joy. This searing, aching love poem to a widely known but often misunderstood icon will speak even to young readers who may not be familiar with her films.

A window into a uniquely magnificent and terrifying life.