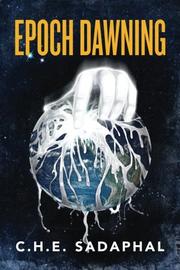 A sci-fi variation on the story of Adam and Eve.

In Sadaphal’s post-apocalyptic tale, a spacecraft pilot named Asher Grant, “a misplaced journeyman without a map and a sense of direction,” returns to Earth only to find it radically changed: The cities are in ruins; the countryside is a wasteland; and there are corpses everywhere. After a short, harrowing interval, he spots a living figure in the distance, and they run toward each other. Evelyn Coble tells Asher she awoke to find herself in the ruins and has been wandering for days. He shares rations with her from his ship, but even as they’re tentatively getting to know each other, they’re vaguely aware that each is keeping secrets from the other and that those secrets involve the catastrophe that reduced the world to rubble. In a series of intricate flashbacks, readers learn that complicated back story piecemeal. It’s a tale involving the global power grab by a small group of “technocrats” who initially used tools such as the media, bioengineered foods, aerosols in the air, medicated water and cybernetic mind control (called the Collective) to subjugate the masses. When a desperate man named Linus Benjamin manages to shut down the Collective, on which the whole world has come to rely, global chaos swiftly follows. Evelyn’s hidden past connects her with Linus Benjamin, just as Asher’s past connects him with something called The Omega Strain, a weird synapse-destroying infection that is equally lethal to humans, animals and complex machines. In the flashbacks, we see Asher and Evelyn in their pre-disaster lives, and in the book’s present, we see them grappling with their bleak new world, attempting to find other survivors and trying—with comically little success—to warm up to each other, since they’re nothing alike. Sadaphal is a sharply observant narrator with a fine sense of pathos, and he paces his story with several well-turned surprises.