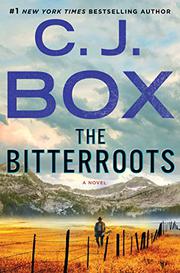 The creator of Wyoming Fish and Game Warden Joe Pickett (Wolf Pack, 2019, etc.) launches a new series starring a female private eye who messes with a powerful family and makes everyone involved rue the day.

Cassie Dewell’s been taking a monthly retainer from Bozeman attorney Rachel Mitchell for investigations of one sort and another, but she really doesn’t want to look into the case of Rachel’s newest client. That’s partly because Blake Kleinsasser, the fourth-generation firstborn of a well-established ranching family who moved to New York and made his own bundle before returning back home, comes across as a repellent jerk and partly because all the evidence indicates that he raped Franny Porché, his 15-year-old niece. And there’s plenty of evidence, from a rape kit showing his DNA to a lengthy, plausible statement from Franny. But Cassie owes Rachel, and Rachel tells her she doesn’t have to dig up exculpatory evidence, just follow the trail where it leads so that she can close off every other possibility. So Cassie agrees even though there’s an even more compelling reason not to: The Kleinsassers—Horst II and Margaret and their three other children, John Wayne, Rand, and Cheyenne, Franny’s thrice-divorced mother—are not only toxic, but viperishly dangerous to Blake and now Cassie. Everyone in Lochsa County, from Sheriff Ben Wagy on down, is in their pockets, and everyone Cassie talks to, from the Kleinsassers to the local law, finds new ways to make her life miserable. But Cassie, an ex-cop single mother, isn’t one to back down, especially since she wonders why anyone would take all the trouble to stop an investigation of a case that was as rock-solid as this one’s supposed to be.

An appealing new heroine, a fast-moving plot, and a memorably nightmarish family make this one of Box’s best.