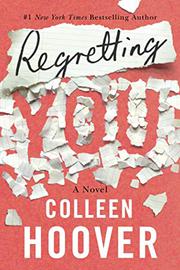 When tragedy strikes, a mother and daughter forge a new life.

Morgan felt obligated to marry her high school sweetheart, Chris, when she got pregnant with their daughter, Clara. But she secretly got along much better with Chris’ thoughtful best friend, Jonah, who was dating her sister, Jenny. Now her life as a stay-at-home parent has left her feeling empty but not ungrateful for what she has. Jonah and Jenny eventually broke up, but years later they had a one-night stand and Jenny got pregnant with their son, Elijah. Now Jonah is back in town, engaged to Jenny, and working at the local high school as Clara’s teacher. Clara dreams of being an actress and has a crush on Miller, who plans to go to film school, but her father doesn't approve. It doesn’t help that Miller already has a jealous girlfriend who stalks him via text from college. But Clara and Morgan’s home life changes radically when Chris and Jenny are killed in an accident, revealing long-buried secrets and forcing Morgan to reevaluate the life she chose when early motherhood forced her hand. Feeling betrayed by the adults in her life, Clara marches forward, acting both responsible and rebellious as she navigates her teenage years without her father and her aunt, while Jonah and Morgan's relationship evolves in the wake of the accident. Front-loaded with drama, the story leaves plenty of room for the mother and daughter to unpack their feelings and decide what’s next.

The emotions run high, the conversations run deep, and the relationships ebb and flow with grace.