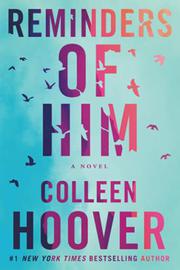 After being released from prison, a young woman tries to reconnect with her 5-year-old daughter despite having killed the girl’s father.

Kenna didn’t even know she was pregnant until after she was sent to prison for murdering her boyfriend, Scotty. When her baby girl, Diem, was born, she was forced to give custody to Scotty’s parents. Now that she’s been released, Kenna is intent on getting to know her daughter, but Scotty’s parents won’t give her a chance to tell them what really happened the night their son died. Instead, they file a restraining order preventing Kenna from so much as introducing herself to Diem. Handsome, self-assured Ledger, who was Scotty’s best friend, is another key adult in Diem’s life. He’s helping her grandparents raise her, and he too blames Kenna for Scotty’s death. Even so, there’s something about her that haunts him. Kenna feels the pull, too, and seems to be seeking Ledger out despite his judgmental behavior. As Ledger gets to know Kenna and acknowledges his attraction to her, he begins to wonder if maybe he and Scotty’s parents have judged her unfairly. Even so, Ledger is afraid that if he surrenders to his feelings, Scotty’s parents will kick him out of Diem’s life. As Kenna and Ledger continue to mourn for Scotty, they also grieve the future they cannot have with each other. Told alternatively from Kenna’s and Ledger’s perspectives, the story explores the myriad ways in which snap judgments based on partial information can derail people’s lives. Built on a foundation of death and grief, this story has an undercurrent of sadness. As usual, however, the author has created compelling characters who are magnetic and sympathetic enough to pull readers in. In addition to grief, the novel also deftly explores complex issues such as guilt, self-doubt, redemption, and forgiveness.

With captivating dialogue, angst-y characters, and a couple of steamy sex scenes, Hoover has done it again.