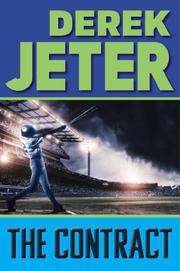 by Derek Jeter with Paul Mantell

For his eponymous imprint, the New York Yankees star leads off with a self-referential tale of Little League triumphs.

In the first of a projected 10 episodes based on the same number of “Life Lessons” espoused by the lead author’s Turn 2 Foundation, third-grader Derek turns in an essay announcing that his dream is to play shortstop for the New York Yankees (No. 1 on the Turn 2 list: “Set your goals high”). His parents take him seriously enough not only to present him with a “contract” that promises rewards for behaviors like working hard and avoiding alcohol and drugs, but also to put a flea in the ear of his teacher after she gives him a B-minus on the essay for being unrealistic. Derek then goes on to pull up his math grade. He also proceeds to pull off brilliant plays for his new Little League team despite finding himself stuck at second base while the coach’s son makes multiple bad decisions at shortstop and, worse, publicly puts down other team members. Jeter serves as his own best example of the chosen theme’s theoretical validity, but as he never acknowledges that making the majors (in any sport) requires uncommon physical talent as well as ambition and determination, this values-driven pitch is well out of the strike zone.

Plenty of baseball action, but the paint-by-numbers plot is just a vehicle for equally standard-issue advice. .