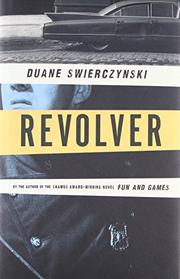 The murder of two policeman in mid-1960s Philadelphia has reverberations for successive generations of cops in Swierczynski's latest thriller (Canary, 2015, etc.).

When two partners, one black and one white, are gunned down in a working-class Philly bar, a low-level holdup man is presumed to be the killer, though there's never enough evidence to convict him. Paroled 30 years later for another crime, the man comes under the scrutiny of Jim Walczak, the dead white cop's son, now a cop himself. Twenty years after that, Jim's estranged daughter, Audrey, an aspiring crime-scene investigator, reopens her grandfather's murder, and her findings upset everyone's assumptions. The novel follows a pattern of setting successive chapters in 1965, 1995, and 2015, the protagonist changing in each. For this to really work, each chapter would have to feed effortlessly into the next instead of feeling like an interruption, which they too often do here. By far the liveliest are the chapters involving Audrey, who's tattooed, as enamored of booze as the other cops in her family, and bored to death with their pieties about duty and loyalty. If anything, the story could use more of her attitude, the way those endless Sunday dinner scenes in every episode of Blue Bloods make you long for someone to plunk their boots on the table. And though the book is about a city riven by racial conflict, there's not nearly enough about the dead black cop and his family.

Though this novel is dotted with fine details, its ambitious structure gets in the way of narrative momentum.