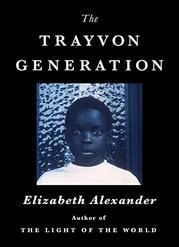 An artful book-length essay on generational trauma in Black youth.

Weaving together prose, poetry, and artwork, prizewinning educator, poet, and cultural advocate Alexander, who recited a poem at Barack Obama’s first inauguration ceremony, depicts in sharp relief the realities of living as a Black youth in today’s America. In this short yet poignant book, the author notes the ways in which Black people have always been marginalized, but she looks specifically at the difficult experiences of those who have come of age in the past 25 years. Citing such problems as depression in youth, the effects of the Covid-19 pandemic, and how police brutality has become more apparent in the age of social media, Alexander paints a vivid portrait of a societal landscape that is fundamentally different depending on race, class, and other demographic markers. While recounting her personal story—including her 15 years as a professor at Yale, which, like many older colleges, has a problematic history with the slave trade—the author roots the text in history, looking at the legacies of enslavement and Confederacy movements and touching on key figures such as W.E.B. Du Bois, Martin Luther King Jr., and Zora Neale Hurston. The text is punctuated with gripping pieces of art that complement the text. Each piece is compelling in its own right as they entwine with the representation of human experience that Alexander demonstrates for readers. In one of the most significant sections, the author references a letter to Du Bois in which a scholar asked him “whether the negro sheds tears,” and “if so, under what general conditions—anger, fear, shame, pain, sorrow, etc.” At its core, this is a powerful treatise on the humanity of Black Americans and how it has been denied, how generations of people have persisted despite that fact, and how it continues to be one of the most pressing issues we face as a nation.

A dynamic critique on the sprawling effects of racism and its effects on today’s youth.