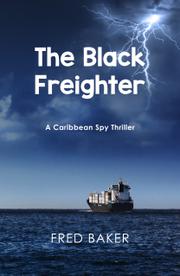 In Baker’s (Desert Sanctuary, 2019, etc.) thriller, a spy attempts to thwart a coup in a Caribbean nation.

Posing as a journalist, American secret agent Robert Wilson embarks on an assignment in Grenada. His mission, which he has only one week to accomplish, is to stop a plot to upend the national election and overthrow the government. Wilson doesn’t know who’s behind it, nor how or exactly when it’s supposed to happen. Baker masterfully offers readers a number of possible villains as the twisty plot cast suspicion upon one character after another. High on the list of culprits are the governments of China and Russia, which have separately posted people on the island for reasons that aren’t immediately clear. Then operatives from Venezuela and Cuba get into the mix, and Wilson meets a Venezuelan woman named Tori Vargas. She soon cozies up to him, and the spy can’t decide if she’s really an unwilling pawn of the Venezuelan government, as she claims. Baker deftly increases the time pressure by making each chapter title a consecutive day of the week. Throughout the book, Wilson is fixated on a black freighter, the Shanghai Maiden, moored just a half-mile offshore, which has suspicious-looking containers on its deck. The ship effectively becomes a character all its own, taunting the protagonist to uncover what, if anything, it has to do with the revolutionary plot. Early chapters unwind slowly as Wilson bolsters his cover as a journalist, but from there, the pacing escalates in a breathless manner. Also, everything happens in real time, and only on the island, which makes the suspenseful plot easy to follow. Baker’s fluid, cinematic prose style makes reading the novel feel like watching an entertaining movie—and, indeed, the action seems tailor-made for the big screen.