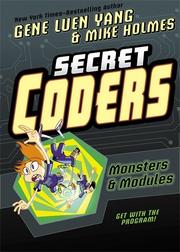 From the Secret Coders series, volume 6

The conclusion to the Secret Coders graphic novel series.

Immediately following Potions and Parameters (2018), multiracial trio Hopper, Eni, and Josh code a portal to Professor Bee’s two-dimensional home world, Flatland, to bring back a Turtle of Light so that they can stop the villainous Dr. One-Zero. In Flatland, Eni and Josh appear as polygons (based on their normal features, square and triangular respectively), and as a female, Hopper is reduced to a profile outline. After coding their way out of a tough spot, the three return to their home dimension, where they’re soon to be split up—Hopper’s mother wants to move them someplace safer, and Eni’s mother is transferring him to a sports-focused school. That leaves them precious little time to decipher Dr. One-Zero’s diabolical final scheme and find a way to counter it. Defeating him will take teamwork—Professor Bee teaches them to modularize, and each works on subprograms. The final fight is an entertaining one, with high stakes, plenty of action, ingenuity, and comedic moments. The denouement’s final storyline is resolved through age-appropriate character relations. After the story, a “The Making of Secret Coders” segment reveals early sketches and describes how the author-illustrator team worked together, and there’s information about Yang’s “Reading without Walls” challenge.

Though readers may be sad to say goodbye to the world and characters, it’s been a glitch-free runtime, and they’ll be satisfied at the final bits and bytes