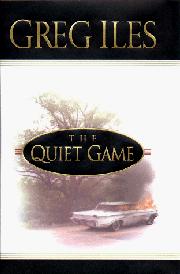 Preposterous, but eminently suspenseful, legal procedural about a Mississippi river town’s buried secrets, by the author of Mortal Fear (1996), etc. Penn Cage, once a Texas prosecutor, now an infinitely wealthy bestselling lawyer-novelist, can—t get over the recent cancer death of his wife, and is just a bit troubled about death threats from the brother of a demented white supremacist he put on death row. After a vacation in Disney World with his daughter Annie, Cage embarks on an extended visit with his parents in Natchez, Tennessee, where he finds that Ray Presley, a white-trash former cop is blackmailing Penn’s saintly physician father. It seems that Presley filched a gun from the good doctor, then used it in an unsolved murder. Now, Penn buys back the gun from Presley with a mountain of cash, and later sits down for a famous author interview with the young, rich, beautiful, and brainy Caitlin Masters, the Pulitzer-crazed publisher of the local newspaper, during which he mentions, in passing, a 1968 racially motivated murder of Del Peyton, a young, black factory worker that both the police and the FBI failed to solve. Masters prints her interview, stirring up old animosities all over, including a rancorous legal dispute between Cage’s father and Judge Leo Marston, a local powerbroker who was a district attorney at the time. Peyton’s widow suddenly appears and asks the famous writer to find who killed her husband. Penn reluctantly agrees, then runs into his old girlfriend, Livy Marston, Leo’s flawless, southern-belle daughter. Livy mysteriously ditched Cage 20 years ago, but now can’t wait to stoke the old fire. Meanwhile, FBI Director John Portman, Cage’s old nemesis, weighs in with nasty threats as Cage braves bullies, dodges bullets, rides down icy rapids, and prepares for a courtroom battle. Breezy, Grisham-style read that tweaks the conventions of southern gothic. (Author tour)