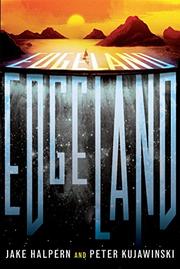 After being banished from House Aron for stealing, orphan Wren must endure the bleak life of a grayling on the island of Edgeland, living underground and supporting herself through thievery.

Her banishment has separated her from her best friend, Alec, who by the age of 12, has risen from an apprentice to a high-ranking position within House Aron, conducting complex funeral ceremonies. Dead bodies are kept in ice blocks, then sent sailing into the Drain, a large circular waterfall down which the frozen dead disappear into a seemingly bottomless mist that is the entryway to the afterlife, either the Sunlit Glade or the Moonlit Beach. The two friends are brought together when the chest with the payment for a funeral mistakenly tumbles, along with the dead, into the Drain. Desperate to recover it, Alec and Wren find themselves descending with it. Alec and Wren are now “breathers” in the world of the dead—where they learn the afterlife isn’t quite what the ancient songs profess it to be. Unfortunately, this compelling premise, bolstered by complex worldbuilding, loses its steam about halfway through, as the protagonists make their way from one realm of the dead to the next, with more running and hiding than actual story. The occasional mention of pale skin but no other racial markers implies a white default.

As the living help to liberate the dead, intriguing characters roam the pages of a lifeless story