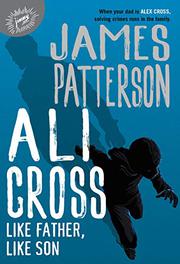 From the Ali Cross series, volume 2

Ali Cross sets out to solve another case that hits close to home.

Ali, son of Washington, D.C., detective Alex Cross, returns in a sequel to his 2019 outing that finds him in the thick of things when his crush, Zoe Knight, gets shot in a park. Middle schooler Ali is the closest thing there is to an eyewitness, though he didn’t even see the shooter’s face. Zoe knows who did it but strangely is keeping quiet. Still, Ali’s knack for investigation and his connection to Zoe propel him to pursue the case with the help of friends. Themes of activism, gun violence, and police bias are explored, with various complex sides to the issues being shared by different characters. Ali’s schoolmates become frustrated with the impact of gun violence on Black people and start demanding more accountability from the authorities. Meanwhile, Ali, the son of a homicide detective, finds himself in the middle of arguments about these topics while at times feeling his opinions are dismissed due to his father’s profession. Overall, this is a solid follow-up that shows Ali developing as a sleuth even as he’s a young boy trying to make sense of his world. Important messages regarding social justice are imparted, although the pacing sometimes feels rushed, taking away from the gravitas of certain moments. Overall, however, readers who enjoy stories of young detectives will be pleased. Ali and Zoe are Black.