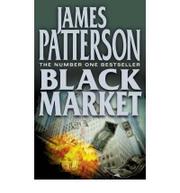 Abysmally dumb terrorist novel whose plot would embarrass a Superman movie. Someone has blown up Wall Street. And it seems to be Green Band, a group of 26 disgruntled Vietnam veterans who are demolition experts and half of whom (including their one-armed leader Colonel David Hudson) suffer from PTSD (Post Traumatic Stress Syndrome, or combat flashbacks, nightmares and extremely intrusive memories). First, Green Band (or was it?) vaporized some piers, then 14 buildings on Wall Street, including The Federal Reserve Bank, Salomon Brothers, Bankers Trust, Merrill-Lynch, U. S. Trust Corporation and The Depository Trust Company. Down in Washington, young President Justin Kearney is relying on Arch Carroll, head of the State Department Special Terrorist Force. A widower with four kids and a heavy drinking problem, Carroll thinks nothing of arresting terrorists with the warning "You have no rights?' or of personally blowing them away with a machine gun in a crowded Syrian restaurant in Brooklyn. Kearney is also relying on Caitlin Dillon, the most powerful woman on Wall Street and beautiful Director of Enforcement for the SEC, who finds herself falling for Carroll. As it happens, even Premier Yuri Belov—whose KGB directorate was supposedly handling "The Red Tuesday Plan" for the sabotage and disablement of Wall Street and the entire Western economic system—wonders who Green Band is and what its precise relationship to the Red Tuesday plot could be. The Red Tuesday plot had been hatched in Tripoli by the oil-producing nations, but as aged Wall Street seer Anton Birnbaum tells Caitlin, America is really ruled by the supersecret Committee of Twelve (the American Wise Men), and they have used Colonel Hudson and Green Band to foil the Red Tuesday plot. True, the buildings are gone but the massive theft of US credit on the world's stock exchanges and subsequent US economic depression has not happened. Watch out, though, because this is the kind of mind. bending plot in which the chief villain, the supreme international terrorist known as Monserrat, can also be the head of the FBI, himself a master of disguise who can slip into a women's changing room at Henri Bendel's and shoot his gorgeous Brazilian mistress while she stands there in sheer black panties, his hand on her breast. Deserves drowning.