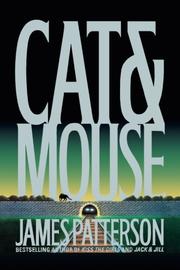 Archly improbable multiple psychokiller tale featuring Patterson's dignified Washington, D.C., detective, Alex Cross (Jack and Jill, 1996, etc.). Gary Soneji, the hyperactive bad boy who escaped from prison at the end of Along Came a Spider (1993), has AIDS. Before he dies (or even suffers any of the disease's ghastly symptoms), he wants to avenge himself on Cross, who helped capture him. After creeping into the Cross family cellar and ominously rifling the laundry, Soneji, who (we learn) developed a psychotic fixation with trains when he was denied a Lionel set as a child, departs on a series of cinematic massacres along Amtrak Metroliner stops, leaving drops of Cross's blood as clues. Meanwhile, on the other side of the Atlantic, another psychokiller, calling himself Mr. Smith, is literally cutting a swath through Paris and London, pursued by the fanatically methodical, ponytailed FBI profiler Thomas Pierce. Cross doggedly pursues Soneji to New York, pausing between crime scene visits to romance recently widowed school principal Christine Johnson at the Rainbow Room. Patterson's soulless, breathlessly plotted exercise in bait-and-switch manipulation reaches the first of many false climaxes beneath Grand Central terminal, where Cross apparently kills Soneji. A few pages later, the widower Cross and his family are nearly murdered by a masked man claiming to be Soneji. Enter twitchy Thomas Pierce, who must make one too many references to the Twin Peaks TV show before revealing that he and Mr. Smith might be the same man. A bulky pack of unsolved plot puzzles and ludicrous butchery, ending in a shameless cliff-hanger. Having reached the peak of his popularity, Patterson is spinning his wheels.