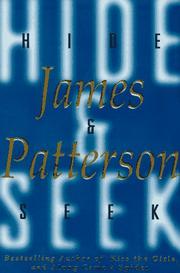 Another chill-free thriller from Patterson (Kiss the Girls, 1995, etc.), this one pitting a chanteuse with a past against one of recent history's more improbable psychopaths. Maggie Bradford (a blond beauty who narrates perhaps half the tale) heads to Manhattan with daughter Jennie in search of a fresh start after offing her husband, a physically abusive Army officer assigned to West Point. With help from mentor Barry Kahn, whiny Maggie soon makes an international name for herself as a singer-songwriter. Still, despite superstardom as a pop-music diva, she's vaguely discontented. Wealthy Patrick O'Malley, a Westchester widower whose home is just down the road from Maggie's country digs, briefly brings her to life and sires a baby brother for Jen before succumbing to a heart attack. O'Malley's untimely death leaves earth-mother Maggie vulnerable to the demented attentions of Will Shepherd, an American-born, Englishreared soccer star who obsesses on her compositions and engages in any number of antisocial acts to forget his perdurable sorrow at mum's of him desertion when he was a child. While handsome Will (a.k.a. Blond Arrow) eventually beds and weds neurotic Maggie, the marriage quickly turns sour. Returning to the violent, cocaine-snorting ways that gave brother Palmer the means to blackmail him, the aggrieved footballer turned film actor vows vengeance. In a late-night confrontation, however, Will's apparently slain by Maggie, who's put on trial for his murder by a politically ambitious DA. Neither the implausible resolution of this sensational homicide nor Maggie's fate will come as much of a surprise, let alone shock, to readers masochistic enough to stay the course. Fit only for those who find Sidney Sheldon too sophisticated.