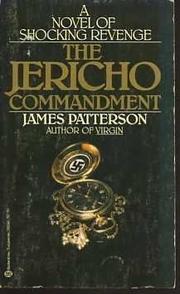 The latest, and surely the most confused, in a recent flurry of novels that seem to be competing for selection by the Jewish Defense League (JDL) Book Club. "The Fourth Reich's money is everywhere. . . . The Nazi cancer is everywhere. In the Middle East. In America. In Germany. . . where little blond-haired children are marching again." So a secret society of code-named militant Jews, "the first version of PLO's Black September," is working underground in 1980 to alert the world to the specter of neo-Nazism. How? Well, first, believe it or not, by pretending themselves to be neo-Nazis, murdering rich Elena Strauss of Scarsdale and proclaiming that "Dachau Two" is under way. But when Elena's grieving grandson David (his wife was also killed in the attack) starts to investigate in Europe, the second stage of the secret society's plan is revealed: they aim to turn the Moscow 1980 Olympics into a bloody warning about neo-Nazis as well as "the long-awaited revenge for the Holocaust." Even when David realizes that his supposed enemies are in fact super-Jews, he's reluctant to go along with them, but his new love, filmstar and concentration camp-survivor Alix Rothschild, is gung-ho. So it's on to Moscow, where the Jewish terrorists hold scores of athletes as hostages; and when their list of demands isn't met, they start micro-wave-ovening everybody to death. "Dachau Two" indeed, because, though hero David does ultimately prevent total carnage, the author clearly panders to paranoia and revenge-lust throughout; and this sort of junk hysteria can only be bad news for those with genuine, serious concern about today's anti-Semitism.