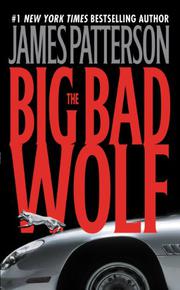 Dr. Alex Cross has left Metro DC Homicide for the FBI, but it’s business as usual in this laughably rough-hewn fairy tale of modern-day white slavery.

According to reliable sources, more people are being sold into slavery than ever before, and it all seems to be going down on the FBI’s watch. Atlanta ex-reporter Elizabeth Connolly, who looks just like Claudia Schiffer, is the ninth target over the past two years to be abducted by a husband-and-wife pair who travel the country at the behest of the nefarious Pasha Sorokin, the Wolf of the Red Mafiya. The only clues are those deliberately left behind by the kidnappers, who snatch fashion designer Audrey Meek from the King of Prussia Mall in full view of her children, or patrons like Audrey’s purchaser, who ends up releasing her and killing himself. Who you gonna call? Alex Cross, of course. Even though he still hasn’t finished the Agency’s training course, all the higher-ups he runs into, from hardcases who trust him to lickspittles seething with envy, have obviously read his dossier (Four Blind Mice, 2002, etc.), and they know the new guy is “close to psychic,” a “one-man flying squad” who’s already a legend, “like Clarice Starling in the movies.” It’s lucky that Cross’s reputation precedes him, because his fond creator doesn’t give him much to do here but chase suspects identified by obliging tipsters and worry about his family (Alex Jr.’s mother, alarmed at Cross’s dangerous job, is suing for custody) while the Wolf and his cronies—Sterling, Mr. Potter, the Art Director, Sphinx, and the Marvel—kidnap more dishy women (and the occasional gay man) and kill everybody who gets in their way, and quite a few poor souls who don’t.

As in summer movies, a triple dose of violence conceals the absence of real menace when neither victims nor avengers stir the slightest sympathy.