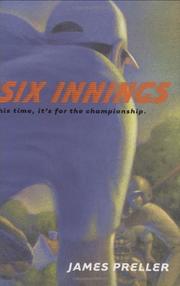 A Game in the Life

Though Sam isn’t playing in his team’s championship game because he has bone cancer, he has become the team’s announcer in order to remain close to the action. Preller uses the six-inning structure of little-league games as the framework of the novel. Each chapter is a half inning and each play and the activity between plays are described, as well as Sam’s and the players’ personalities, background and thought processes during their at-bats, or as they play their field positions. This device is only partly successful. Following the play-by-play builds suspense and brings the reader right into the action and the special world of baseball and the people who love it. However, this technique is spread too thinly over too many characters. Preller provides snippets of information about the boys’ interior lives, but none of the characters are fully formed. Although a neatly tied up conclusion is not expected, the reader is left with way too many loose ends. A well-intentioned, interesting premise that falls just short. (Fiction. 10-14)