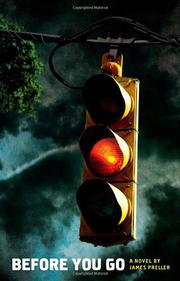 A summer of love and loss nearly derails a teenage boy.

Jude takes a summer job flipping burgers at Jones Beach, degrading uniform and all. Anything's better than being at home with a mother who's kept to darkened rooms ever since his little sister drowned several years ago. Jude makes new friends, falls for a co-worker named Becka, and hangs out with his best friend, Corey. The Long Island setting is richly drawn, and Jude has a distinctive, funny voice. The details occasionally get the better of the narrative, however; after a riveting opening, there are some weak spots. Preller, known for his books for younger readers, seems to have some trouble finding the right style for a teen audience. He lets his omniscient narrator drift from unnecessarily detailed definitions of such concepts as riding shotgun to repetitive descriptions of secondary characters that pull the perspective away from the story at hand: "Though Vinnie wasn't a natural fit with Jude and Corey, in real life these kinds of accidental friendships happened all the time." For the most part, the author strikes the right tone in capturing Jude's inner struggles with grief, angst and love as he tries to come to grips with the direction his life has taken.