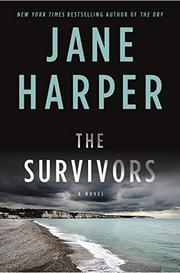 It’s been 12 years since Kieran Elliot left his hometown of Evelyn Bay under a dark cloud.

Evelyn Bay, on the Tasmanian coast, is a small, quiet town where everyone knows each other and the days roll by like the waves that lap at its secluded beaches. Now, Kieran has returned with his partner, Mia, and their 3-month-old daughter, Audrey, to help his mother move house so she can be closer to his father, who has dementia and will be moving into a nursing home. Kieran is glad to see old friends Ash, Olivia, and Sean, but tensions linger. After all, there are those who still blame Kieran for a boating accident that killed his older brother, Finn, and Sean’s brother, Toby. The vicious storm that raged that night also supposedly claimed the life of Olivia’s 14-year-old sister, Gabby, though her body was never recovered. When the body of Olivia’s housemate, art student Bronte, is found on the beach, a darkness as relentless as the tides comes pulsing to the surface, and it seems everyone has something to hide. As rumors spread on the community’s web page and alarm mounts about the possibility of a killer in their midst, the town’s secrets are steadily unfurled, coalescing into a few unexpected revelations. While this novel isn’t quite as suspenseful as Harper’s previous books, she’s a master at creating atmospheric settings, and it’s easy to fall under her spell.

A layered and nuanced mystery.