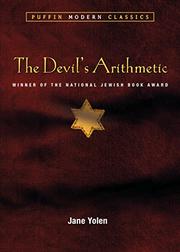 Yolen is the author of a hundred books, many of which have been praised for their originality, humor, or poetic vision, but this thoughtful, compelling novel is unique among them. Hannah, 13, finds the annual Seder—which calls up her grandfather's memories of the death camp he and his sister Eva survived—tedious, the facts distant and unreal. Chosen to perform the ritual of opening the door to Elijah, she finds herself in rural Poland in 1942, as Chaya (life), the heroic girl whose Hebrew name she bears. There, she shares the experiences of villagers who are interrupted during a wedding, transported in a grueling four-day train journey, and delivered to a camp where the commandant routinely chooses victims for the gas chambers. At the camp another girl, the indomitable Rivka, teaches her how to survive, and she learns an unforgettable lesson: some must live, at whatever cost, to bear witness. When Rivka is "chosen," Hannah goes to her death in her place—and awakes to find herself returned to the family Seder, recognizing Aunt Eva as the beloved friend she saved. In less skillful hands, such a story would risk being either didactic or irreverent, but Yolen has so completely integrated her deep concern with the structure and movingly poetic language of her story that the meaning shines clear. Symbolic details—such as the role memory plays in Hannah's response to her experiences—are meticulously worked out. A triumphantly moving book.