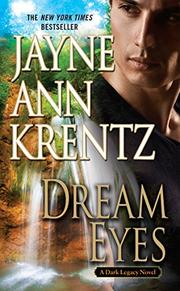 When Gwen Frazier returns to Wilby, Ore., to investigate the death of her mentor, she knows she’s opening up psychic wounds she’d rather forget, and when her best friend sends in investigator Judson Coppersmith to help, she realizes she’s met her match, romantically and psychically. Will their attraction, skills and talent be enough, in time, to solve the mystery and save them both?

Psychic Gwen Frazier would just as soon avoid Wilby, Ore., since she was nearly the victim of a serial killer two years ago, when she was participating in a psychic research study. But when the researcher, Gwen’s friend and mentor Evelyn Ballinger, winds up dead, and names Gwen as her sole heir, she simply can’t stay away. Returning to the town opens Gwen up to even more danger, physically and psychically, and turns the sheriff’s suspicious mind to Gwen as the prime suspect. Gwen’s friend sends her Judson Coppersmith, of the wealthy Coppersmith family, a renowned investigator who has some strong psychic talent himself, as well as a wildfire physical attraction. Judson might as well be the cavalry as far as Gwen is concerned, with his security and weapons skills, plus his psychic intuition toward violent crime. He's just what she needs to solve the crime and stay alive. As bodies start piling up in Wilby, it becomes clear that Gwen is once again a target. Judson and Gwen must race to find a link between the past and the present to solve the mystery and catch the killer determined to take Gwen’s life. And as the two work toward answers, they’ll realize just how good they are together—in oh-so-many ways. This is the second novel in the Dark Legacy series from Krentz. The master storyteller once again creates authentic, well-drawn characters, a quick-paced, engrossing plot set against a backdrop of a psychic world imprinted effortlessly on our own and a relatable romance one can’t help but root for.

Romantic suspense with a psychic twist—or, a little bit of everything, all wrapped up in wonderful.