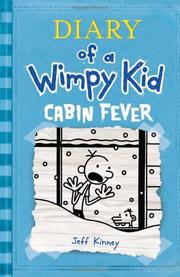 From the Diary of a Wimpy Kid series, volume 6

In a world where "Wimpy Kid–like" has become a shorthand to describe a certain type of book, what is there to say about the sixth volume in the groundbreaking series?

It certainly delivers what series fans have grown to expect: "hand-lettered" text on lined, faux-journal pages and cartoon vignettes depicting the opinions and misadventures of antihero and diarist Greg Heffley. Here, Greg struggles to get from Thanksgiving to Christmas without attracting Santa's attention. Before getting to the sub-titular main event, Kinney lampoons school anti-bullying efforts, our modern obsession with safety and Internet games that entice players to spend real money on fake consumer goods. Predictably, Greg's jury-rigged get-rich-quick scheme in service of his Net Kritterz pet goes awry, resulting in his conviction that at any moment he will be arrested. Then the blizzard starts, and Greg, brothers Rodrick and Manny and their mother are snowed in. With the power cut off and food supplies running low, things are looking desperate… Unfortunately, the humor inherent in this scenario is stifled by Kinney's having given over so much of the set up (more than two thirds of the book) to digressive, stand-up–comic rants that what could provoke manic hysteria elicits only chuckles, if that.