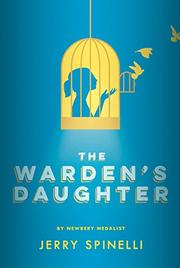 Perpetually angry, motherless Cammie O’Reilly, the warden’s daughter, sets about turning Eloda Pupko, the silent, distant trustee working as “Cammie-keeper,” into a mother figure over the summer she turns 13.

Set in 1959 in the Two Mills, Pennsylvania, of Spinelli's own childhood, this is firmly grounded in its time and place and full of details of life at Hancock County Prison. Cammie’s essential compassion shows in her willingness to spend time with all the incarcerated women, her particular affection for Boo Boo, a large, ebullient black woman who befriends the sad white child, and her disgust at best friend Reggie's admiration for their most famous inmate, a murderer. Reggie lusts for fame herself; one highlight of the summer is her appearance on the TV show Bandstand—watched and loudly applauded by a gang of rising Two Mills seventh-graders who are the friends who move into Cammie’s life without any apparent effort and who are firmly ejected as Cammie’s spiral into depression’s depths approaches its climax. Cammie tells her own story chronologically, until its whirlwind crest; she frames it with scenes from the present. It’s a tapestry of grief and redemption, woven by a master storyteller who never loses his focus on Cammie’s personal journey but connects it to Eloda’s in a powerful twist.