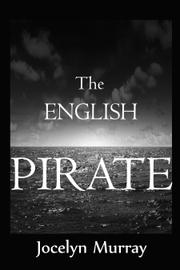 The latest work from Murray (The Roman General, 2015, etc.) takes place at a little-marked turning point in English history. When King James succeeded the aged Queen Elizabeth I to the English throne, he revamped his country’s relations with the kingdom of Spain—including revoking the letters of marque that had allowed the famed Elizabethan “sea dogs” to roam the Spanish shipping lanes committing state-sanctioned piracy at will. The new arrangement cuts these privateers adrift by suddenly making them criminals in the eyes of English law, and nobody is more directly affected than former naval terror James Blackburn (“Blackburn’s maritime skills, sharp instincts, intelligence, expertise and natural leadership ability made him a successful commander and privateer”). He’s now castigated by the same court officials whose pockets he once lined with stolen treasure. One such official, Sir Robert Cecil, scorns such “masterless men, beholden to no one but themselves…hardened, fearless men who lived by instinct, driven onto enemy decks by ambition and the right of pillage.” And the course of the novel bears this out: Blackburn, now a renegade, continues his pirate activities, pursued by both his own countrymen and their erstwhile enemies. Murray laces the narrative—smoothly and expertly paced—with plenty of period research and nautical details of the type that will make fans of Patrick O’Brian and C.S. Forester feel at home, and her scene-setting is lean but effective throughout. All of the cerebral book’s secondary characters are fleshed out with as much texture as Blackburn himself, particularly the scene-stealing Melisande, the strong-willed daughter of a French sea captain. The high-tempered dialogue between Melisande and Blackburn in the wake of the pirate’s capture of her father’s ship at sea is the highlight of the book, providing Murray with an excellent natural device for digging deeper into the buccaneer’s motives and his battered nobility. The rousing novel doesn’t shy away from violence as Blackburn and his men slowly build a pirate fleet out of seized vessels. Although some of these sea action scenes can feel a bit rote, the enthusiasm of the storytelling throughout remains infectious.

A punchy, dialogue-driven pirate tale with a dash of romance.