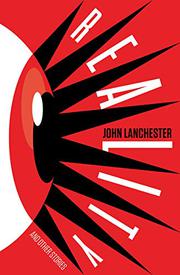 REALITY AND OTHER STORIES

The opening story in Lanchester’s collection, “Signal,” sets the tone nicely. A college friend of the narrator’s, who has grown unimaginably wealthy (“The driveway of Michael’s big house was so long that even after we got there it took a while to get there”), can buy everything he wants except a decent Wi-Fi signal. Enter the spectral image of a tall man in a household full of short ones—one, a Bolivian, is a comparative giant back home among “the second-shortest people in the world,” but barely qualifies here—who, it appears, is still trying to get a reliable connection from the spirit world. In “Coffin Liquor,” whose title comes, Lanchester’s narrator explains, from “the liquefaction of improperly preserved corpses,” modern vampirism meets the still more dreadful prospect of an academic conference. Wi-Fi figures into it, and so, in a Groundhog Day sort of trope, does Charles Dickens’ Great Expectations, all culminating in a psychiatrist’s weary assessment of the protagonist as someone suffering a psychosis with “the most florid manifestations.” One character is imprisoned in a dungeon straight out of Poe, another philosophically explores the question of whether we’re not ambulatory critters but instead “a brain in a vat” before being interrupted by a trope from the book of Revelation, still another snipes that the one book he can’t stand teaching is Lord of the Flies, since “glasses with prescriptions for short-sight cannot be used to start a fire in the manner that Piggy’s spectacles are.” It wouldn’t be a set of supernatural stories without at least one in which a painting comes to life, though, true to form, Lanchester brings in a selfie stick as part of the malevolent furnishings, to say nothing of a swarm of icky maggots.