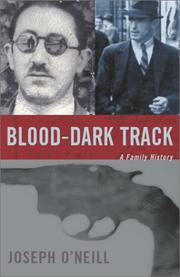 An unwieldy family memoir that also yields some choice scenes, centering on a brace of grandfathers interned for suspected enemy sympathies, from novelist O’Neill (This Is the Life, 1991).

It is fascinating that both of O’Neill’s grandfathers were imprisoned during WWII on suspicion that they had aided the German war effort. What was the truth to these allegations that so disrupted these families, then and later? O’Neill visits the personal landscapes of the two men: one from Ireland and the other from Turkey, the latter a narcissist and petty tyrant to his family, a bit of a prig and a skirt-chaser, the former a picaresque member of the IRA. In writing that is somber, like a long day of rain, O’Neill conjures a portrait of the men: Joseph Dakad from Mersin, Turkey, a town of verandas and gardens and large stone houses, arrested in the Levant on charges that he was a possible spy, perhaps aiding the Jewish underground—but the more compelling case is that he was interned while on a lemon-buying trip for no better reason than he was Turkish. The cruelty of his jail time is excruciating to read, full as it is of suicide attempts, poisonings, and repeated threats of execution, all detailed in the testimony Dakad wrote after the three-and-a-half-year ordeal was over. Grandfather O’Neill’s internment is set within the context of IRA activity at the time of the war and the fact that he was a vibrant member of the Republicans. Nonetheless, their lives thereafter were shrouded in a secrecy that took a deep toll on the family and served as testament to living “in extraordinarily hateful and hazardous places and times,” one that required an understanding and forgiveness that both spurred and is a result of this book.

The pleasures here are in the slow accretion of detail—albeit too many details on occasion—and awareness that allows O’Neill to create an abiding image of a two places during a moment in history.