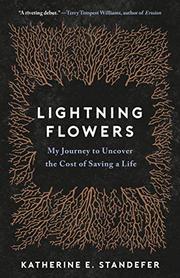 My Journey To Uncover the Cost of Saving a Life

A sharp examination of the ways that a heart condition affected the author’s life as well as those of strangers halfway across the world.

Beginning in 2007, writes Standefer, her younger sister began to suffer multiple bouts of cardiac arrest. She was diagnosed with “congenital long QT syndrome,” a condition that causes the heart to electrically misfire, and she had a cardioverter defibrillator implanted and tried to resume her life. Later, the author discovered that she also had LQTS, and her own world turned upside down as she realized she also needed an implant—or face the uncertainty of not knowing when she might go into cardiac arrest. In this moving, empathetic memoir spanning multiple years, Standefer shares her fears and concerns, especially regarding the manufacture of the implant and whether the cost of making the device equaled the value of its ability to save her own life. She traveled to Madagascar and Rwanda, where the metals used in the defibrillator were mined. “For years,” she writes, “I tried to calculate whether an implanted cardiac defibrillator was worth the cost of its creation….I added up the village removals, the forests half cut and finally bulldozed….I tallied the tailing ponds, the humming forests devoid of humans, the humans beside them desperate for work. The women kept as sex slaves in the mining slums.” The author also writes about her desire for intimacy with her long-term boyfriend and the effects that her condition had on their relationship. She intertwines passages about hiking and rock-climbing adventures with her research on LQTS, creating a nice balance between the difficult medical aspects of her new life and the excursions in nature that she still enjoys. Packed with emotion and a rare, honest assessment of the value of one’s own life, this debut book is a standout.

An intensely personal and brave accounting of a medical battle and the countless hidden costs of health care.