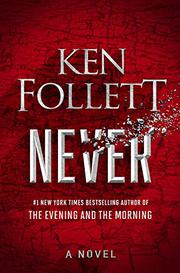 A complex, scary thriller that feels too plausible for comfort.

Republican President Pauline Green is trying to steer the United States through a dangerous world. China spends billions in Africa to extend its global influence, while North African countries like Chad are beset by criminals and terrorists. But that’s secondary to the real problem: Rebels in North Korea try to overthrow the Communist dynasty and reunite the North and South, which scares the bejesus out of China. They fear the peninsula’s reunification, “a euphemism for takeover by the capitalist West.” The Chinese believe America and Europe want to destroy China “and would stop at nothing," so the last thing they need is a bordering nation with West-leaning sympathies. And domestically, Green faces “blowhard” wannabe president Sen. James Moore, who thinks there’s no point in having nukes if you won’t use them. Even her personal life is complicated: Her husband “was a good lover, but she had never wanted to tear his clothes off with her teeth.” In fact, the first spouses are quietly drifting apart. Yet she “could not fall in love” with another man. “It would be a hurricane, a train crash, a nuclear bomb.” Speaking of which, both superpowers have ironclad commitments to protect their allies, even if some crazy third parties get their hands on nuclear weapons. Will China and the U.S. be drawn into all-out war neither wants? This novel deals with the same great-power issues as Elliot Ackerman and James Stavridis’ recent 2034, and both will give you the willies. Follett could have cut back on the North African subplot and delivered a tighter yarn, but then you mightn’t have learned that “a helicopter glides like a grand piano.” Anyway, that’s Follett: You’ll be so absorbed in the story threads that you’ll follow them anywhere—and you’ll suddenly realize you’ve read hundreds of pages.

On one level, it’s great entertainment; on another, a window into a sobering possibility.