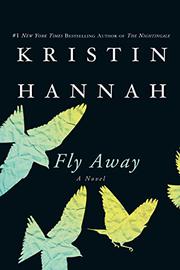 Hannah’s sequel to Firefly Lane (2008) demonstrates that those who ignore family history are often condemned to repeat it.

When we last left Kate and Tully, the best friends portrayed in Firefly Lane, the friendship was on rocky ground. Now Kate has died of cancer, and Tully, whose once-stellar TV talk show career is in free fall, is wracked with guilt over her failure to be there for Kate until her very last days. Kate’s death has cemented the distrust between her husband, Johnny, and daughter Marah, who expresses her grief by cutting herself and dropping out of college to hang out with goth poet Paxton. Told mostly in flashbacks by Tully, Johnny, Marah and Tully’s long-estranged mother, Dorothy, aka Cloud, the story piles up disasters like the derailment of a high-speed train. Increasingly addicted to prescription sedatives and alcohol, Tully crashes her car and now hovers near death, attended by Kate’s spirit, as the other characters gather to see what their shortsightedness has wrought. We learn that Tully had tried to parent Marah after her father no longer could. Her hard-drinking decline was triggered by Johnny’s anger at her for keeping Marah and Paxton’s liaison secret. Johnny realizes that he only exacerbated Marah’s depression by uprooting the family from their Seattle home. Unexpectedly, Cloud, who rebuffed Tully’s every attempt to reconcile, also appears at her daughter’s bedside. Sixty-nine years old and finally sober, Cloud details for the first time the abusive childhood, complete with commitments to mental hospitals and electroshock treatments, that led to her life as a junkie lowlife and punching bag for trailer-trash men. Although powerful, Cloud’s largely peripheral story deflects focus away from the main conflict, as if Hannah was loath to tackle the intractable thicket in which she mired her main characters.

Unrelenting gloom relieved only occasionally by wrenching trauma; somehow, though, Hannah’s storytelling chops keep the pages turning even as readers begin to resent being drawn into this masochistic morass.