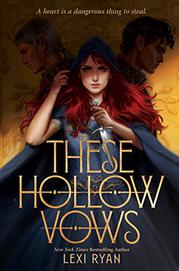 Brie risks the deadly land of the Fae to save her sister.

Brie doesn’t trust many people other than Jas, her eternally hopeful sister, and Sebastian, mage apprentice and Brie’s secret love (as if she had time for romance). Brie struggles to meet the payments for the magical contracts binding their lives to Madame Vivias, supplementing her cleaning work by stealing from the rich. While the land of Faerie tempts other girls with word of a castle, a lavish ball, and a fae prince seeking a wife, Brie mistrusts the creatures who capitalize on humanity’s greed. When Jas’ contract is sold to the fae, Brie braves the golden Seelie queen’s court, meets the noble Prince Ronan, and travels on to the Unseelie king’s shadow court. In the process she discovers love, historical secrets, atrocities, and her own hidden strength. While many elements regarding the fae and a love triangle will feel familiar to fans of the genre, and the magic could have been more fleshed out, discussions of power, inequity, trust, and hope expand the worldbuilding in refreshing ways. Similarly, consideration of the balance between truth and secrets, lies and stories, is intriguing as it’s applied to characters, relationships, and historical lore. Despite certain predictable reveals, the plot itself, which starts off slowly, picks up and is pleasantly convoluted with multiple satisfying surprises. Major human characters read as White.

An entertaining fantasy set in a world that readers will want to revisit.