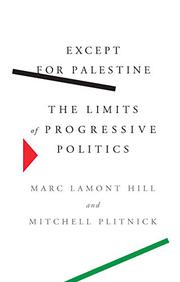 The Limits of Progressive Politics

A focused look at the obdurate problem of Palestinian-Israeli relations and the Americans on both sides of the issue.

Media studies scholar Hill and Middle East foreign policy specialist Plitnick open with an example of what might appear to be contradictory stances among American progressives: outrage at the Trump administration’s immigration policy yet apparent silence when, soon after Trump deployed soldiers to the southern border, that administration cut off funding to the United Nations Relief and Works Agency, which “provides emergency food, shelter, medication, supplies, and medication to millions of Palestinian refugees living in the West Bank, Gaza, and camps in neighboring countries.” There was hardly any policy discussion on the matter, and those few progressives who did raise objections went unheeded. The Obama administration, note the authors, was little more concerned with Palestinian human rights issues, and, they add, things are likely to get worse. Gaza in particular is projected to be uninhabitable soon, and those who live there do so under the baleful eye of the Israeli military and a government that, in 2018, declared that “only Jews can exercise national self-determination in Israel.” The authors argue that human rights should become the “primary predicate for U.S. policy in the region.” They also examine the efficacy of various means of Palestinian resistance, winning no diplomatic points for nonviolence, even as Israel continues to view the situation as a zero-sum game: “Peaceful coexistence, while not entirely ruled out, is seen as too risky a gamble.” In their clear and evenhanded analysis, the authors conclude that progressives must work to dismantle injustices, many of which are perpetuated by the U.S. government, and in turn, to hold the Israeli government “accountable for its actions in the region, and especially for its denial of basic rights to Palestinians.”

Sure to be controversial, as books about Middle Eastern policy tend to be, but a welcome, well-informed contribution.