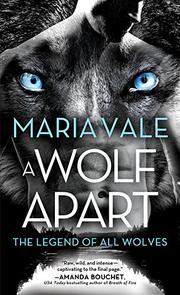 From the Legend of All Wolves series, volume 2

A werewolf trapped in his human form must fight against an encroaching madness and his attraction to a human woman.

Elijah Sorensson, the Alpha of the 9th Echelon, has been away from his Pack’s homeland for 30 years, and the time away from the wild is beginning to take its toll. His boss at the New York City law firm founded by the Pack to represent its interests suffered from the same affliction, forced to adapt a more human form in order to push the Pack’s agenda. It led him to a deadly car accident in his rush to get back to his territory. Elijah fears the same thing happening to him, and the presence of Thea Villalobos only puts his sanity in further jeopardy. Thea is in need of legal counsel; Elijah is instructed to take her case pro bono as a favor to a former client. Thea is an environmental conservation officer, and the smell of nature, prey, and the outdoors clings to her. It’s really no wonder Elijah feels such a sudden attraction, but his Pack is reeling from a recent betrayal, and humans are enemy No. 1. The romance is more of a battle of willpower for Elijah. Of course he shouldn’t sleep with a client, but there are several other, more dangerous reasons why Thea should be off-limits. There’s an emptiness to Elijah. He’s been kept from something that brings him solace for decades, and it’s turning him into a caged animal. It’s sexy and it’s frightening, a heady combination. Thea and her work are a siren song for Elijah, and the details that go into Thea’s occupation and legal issues are surprisingly interesting. Vale (The Last Wolf, 2018) imbues grittiness into Thea and Elijah’s cautious romance, with life and death often hanging in the balance. But while Elijah works as the wonderfully tumultuous (and only) narrator, Thea’s characterization could have used some equal insight.

A feral and fearsome romance that works for its happy ending.