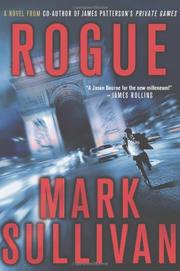 After Robin Monarch quit the CIA when he realized that his mission to tap into an Al-Qaida computer for information about what turned out to be the sinister Green Fields project had been hopelessly corrupted, he went back to his roots. For Robin, orphaned young in Buenos Aires and raised by a community of thieves, that meant stealing stuff. Now, Constantine Belos, a pillar of the Russian Mafia who’s been following Robin’s career, wants him to find and steal a nuclear trigger before Belos’ Mafia rival, Omak, can purchase it from weapons dealer Boris Koporski, who moonlights, or daylights, as the President of Transdniestra. When Robin politely declines Belos’ offer of $5 million for the trigger, Belos detains his girlfriend, London editor Lacey Wentworth, and demands that Robin deliver the device for free within the next two weeks. Stung into action, Robin reassembles the team of forgettable professionals who worked with him on Green Fields and goes hunting for the trigger. But the team’s success in tracking it down is only the prelude to an endless series of bullet-laced confrontations, betrayals and rounds of torture that make it clear that in Robin’s world, even an offer you can’t refuse can always be renegotiated. The corruption, you’ll be happy to know, leads from the Mafia to the very highest levels of the CIA and the U.S. Senate. Makes you wonder.

Sullivan, who most recently co-authored Private Games (2012) with James Patterson, has long since mastered the art of purging every bit of scenic or psychological interest from his exercises in can-you-top-this plotting. The closest analogies are summer movies from Entrapment to the Mission: Impossible franchise.