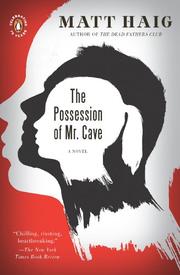 THE POSSESSION OF MR. CAVE

Haig (The Labrador Pact, 2008, etc.) writes books in which ordeals endured by endangered families are suggestively linked to circumstantially similar literary works (e.g., Shakespeare’s—as in his novel The Dead Fathers Club’s reworking of Hamlet). Thus, protagonist Terence Cave’s determination to protect his surviving loved one—his musically gifted daughter Bryony—channels Keats’s language and Beethoven’s harmonies, in a disturbed orchestration of overprotectiveness and paranoia. For the death of Bryony’s “slow” twin brother Reuben, resulting from vicious neighborhood bullying, has followed the suicide of her paternal grandmother and the murder of Bryony’s own mother (during a botched robbery). In a book-length “letter” written in Terence’s imagination to the increasingly indignant Bryony, Terence attempts to explain fears that drive him to burden her with draconian rules, harass and interrogate her friends and, finally, confront her “unworthy” boyfriend Denny—who embodies a climactic surprise all too easily foreseen by the reader. Haig labors mightily, overextending what’s essentially an idea for a short story, adhering to Terence’s obsessed viewpoint, as the character’s delusive imaginings lead to outright hallucinations and a final violent act. The ironies are predictable and jejune, the banalities and truisms (e.g., humans’ need to learn the passive “wisdom” of animals) legion, the whole mishmash embarrassingly contrived and over the top. Only the superb opening scene—that of Reuben’s pathetic death—carries genuine conviction. It raises expectations that the rest of the book utterly fails to satisfy.

A bad book from a good writer who needs a new subject.