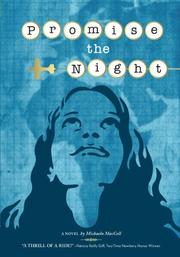 MacColl's second novel brings to life the childhood of future aviator and writer Beryl Markham (Prisoners in the Palace, 2010).

Born Beryl Clutterbuck, she moved with her family to the highlands of Kenya as a toddler. Not long after, her mother and brother returned to England, abandoning her with her rough though loving father. MacColl's account begins when a leopard steals into Beryl's hut and attacks her dog—the child leaping from her bed to give chase. Though she loses the leopard in the night, the next morning, she and her new friend, a Nandi boy, Kibii, find the dog still alive and save it. Later she insists on being part of the hunt for the leopard. Young Beryl wants nothing more than to be a warrior, a murani, and to be able to leap higher than her own head. Her jumping skills progress apace, but young white girls, no matter how determined, cannot become part of the Nandi tribe. Her relationship with Kibii's father, the wise Arap Maina, along with a growing awareness of the consequences of her actions, help lead her into a more mature—though still wildly impulsive and daring—life. MacColl intersperses her third-person narrative with faux news reports and first-person diary entries of two decades later, when Beryl Markham became the first person—let alone woman—to fly a plane west from Europe to America.

Fluid prose elucidates a life much stranger than fiction.