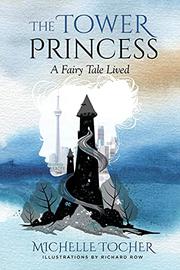 A communications executive with debilitating pain finds comfort and self-understanding in fairy tales in this memoir.

In 1993, after Tocher injured her back, she was forced to close her Toronto-based communications firm. She suffered for a further seven years with chronic pain without successful treatment, and she was on the brink of what she calls “dangerous depression” when she chose an unconventional way to help herself. Tocher’s interest in fairy tales was first piqued in 1981 after she attended a storytelling event featuring Irish bard Alice Kane. She developed such a great love for the wisdom in such stories that she looked to the folklore genre for solace in her time of need. In these pages, she focuses particularly on retelling stories of tower princesses, such as Rapunzel, while drawing parallels between their plights and her own: “Chronic pain had put me in a tower, and I often described my body as a prison of bones.” Tocher introduces the reader to a world of mythical creatures—such as fairy godmothers, gnomes, and dragons—which inform her inner world, while also reporting “concurrent events” of her “outer life.” As the author battles with the pain of what was later diagnosed as fibromyalgia, she draws upon the “radical, restorative power” of old, overlooked stories and ultimately finds comfort in this “mirror world.” Along the way, this memoir tantalizingly skirts the gossamer divide between fantasy and reality, as when the author describes visions she had, such as one of Mother Earth prostrate and unconscious.

Tocher’s approach to storytelling effectively captures the playfulness of classic fairy tales but adds a contemporary zing. For example, here’s her description of a character named Gothel, whom some readers may know from the Disney film Tangled: “Dame Gothel is in a real funk. She sits in her parlor on her massive walnut chair, holding her knobby knees to her chest….She bites her nails and mutters to herself, her eyes searching the room, searching everywhere.” Tocher’s writing style recaptures the delight of hearing timeless stories as a child but also delivers a thoughtful and deeply personal close reading of such tales and their philosophical messages: “I was Dame Gothel…trying to force natural things into models of perfection that they themselves couldn’t possibly attain.” The memoir also shares simple but timely advice, as in a passage told in the voice of a fairy godmother: “Do not get caught between the mirrors. You cannot be one person on the inside and another on the outside.” Some readers may consider such fantastical elements in a memoir to be a way of evading the truth. But it this case, readers learn a great deal about Tocher’s deepest hopes and dreams through her fairy-story interpretations, which she employs as a “mirror for the soul.” This book does not purport to remedy physical pain, but it does demonstrate how fairy tales can help promote self-understanding and lighten one’s emotional burden—and it’s a true joy to read as it does so.