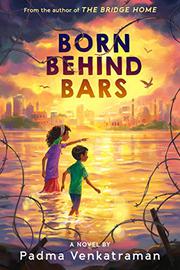 A young boy is forced to leave the Chennai jail that is the only home he’s ever known.

When Kabir is deemed too old to stay and is sent out into the world all alone, separated from his wrongfully imprisoned mother, he decides to search for the family of the father he has never met to try to save his mother from her unjustly long sentence. Armed with faith, instinctive wits, and the ability to run fast, Kabir escapes danger and meets Rani, a teenage girl from the marginalized Kurava, or Roma, people who is traveling with her parrot. She teaches Kabir, who has a Hindu mother and a Muslim father, about caste dynamics and survival on the streets. She accompanies him to Bengaluru, where Kabir eventually meets his paternal grandparents. Along the way, their experiences reveal the invisibility of low-caste people in Indian society, tensions between neighboring states over water supplies, and the unexpected kindness of helpful strangers. Kabir’s longing for freedom and justice underscores bittersweet twists and turns that resolve in an upbeat conclusion, celebrating his namesake, a saint who sought to unify Muslims and Hindus. Kabir engages readers by voicing his thoughts, vulnerability, and optimism: While his early physical environment was confined within prison walls, his imagination was nourished by stories and songs. This compelling novel develops at a brisk pace, advanced by evocative details and short chapters full of action.

A gritty story filled with hope and idealism.