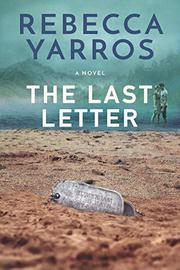 A promise to his best friend leads an Army serviceman to a family in need and a chance at true love in this novel.

Beckett Gentry is surprised when his Army buddy Ryan MacKenzie gives him a letter from Ryan’s sister, Ella. Abandoned by his mother, Beckett grew up in a series of foster homes. He is wary of attachments until he reads Ella’s letter. A single mother, Ella lives with her twins, Maisie and Colt, at Solitude, the resort she operates in Telluride, Colorado. They begin a correspondence, although Beckett can only identify himself by his call sign, Chaos. After Ryan’s death during a mission, Beckett travels to Telluride as his friend had requested. He bonds with the twins while falling deeply in love with Ella. Reluctant to reveal details of Ryan’s death and risk causing her pain, Beckett declines to disclose to Ella that he is Chaos. Maisie needs treatment for neuroblastoma, and Beckett formally adopts the twins as a sign of his commitment to support Ella and her children. He and Ella pursue a romance, but when an insurance investigator questions the adoption, Beckett is faced with revealing the truth about the letters and Ryan’s death, risking losing the family he loves. Yarros’ (Wilder, 2016, etc.) novel is a deeply felt and emotionally nuanced contemporary romance bolstered by well-drawn characters and strong, confident storytelling. Beckett and Ella are sympathetic protagonists whose past experiences leave them cautious when it comes to love. Beckett never knew the security of a stable home life. Ella impulsively married her high school boyfriend, but the marriage ended when he discovered she was pregnant. The author is especially adept at developing the characters through subtle but significant details, like Beckett’s aversion to swearing. Beckett and Ella’s romance unfolds slowly in chapters that alternate between their first-person viewpoints. The letters they exchanged are pivotal to their connection, and almost every chapter opens with one. Yarros’ writing is crisp and sharp, with passages that are poetic without being florid. For example, in a letter to Beckett, Ella writes of motherhood: “But I’m not the center of their universe. I’m more like their gravity.” While the love story is the book’s focus, the subplot involving Maisie’s illness is equally well-developed, and the link between Beckett and the twins is heartfelt and sincere.

A thoughtful and pensive tale with intelligent characters and a satisfying romance.