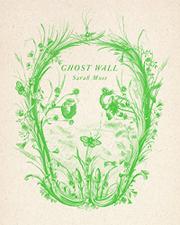 A teenager and her working-class family join a group of experimental archaeologists and must face the sinister connections between their own circumstances and the brutal lives of the Iron Age inhabitants of Britain.

Seventeen-year-old Silvie’s father has an unusual hobby. A bus driver by trade, her dad is an amateur expert in pre-Roman British history. He’s taught Silvie how the ancient people would have lived—which roots can be eaten, which moors can be usefully foraged—and how they would have died, found preserved in bogs with ropes around their necks, hands, and feet. But his interest isn’t especially benign. A violent, racist man, he reveres Iron Age Britain as a symbol of purity, believing it represents a culture before it was sullied by invaders from other lands. A local professor has invited Silvie’s family to tag along on a summer archaeology course that will attempt to replicate the daily lives of the Iron Age Northumbrians. As the college students in the course get to know Silvie and get a closer look at her family dynamics—her tempestuous father, her cowed mom—Silvie is forced to both question her secret life and protect it from outsiders before the re-enactment goes too far. Moss’ (Signs for Lost Children, 2017, etc.) unusual premise allows her to explore issues of class, sexuality, capitalism, and xenophobia in fewer than 150 pages. Her decision to use unformatted dialogue, without punctuation or paragraph breaks, can be frustrating and works against the plot’s natural suspense, but it also shows Silvie’s panic, confusion, and longing as strangers get too close. One can’t help but wonder if there is a post-Brexit cautionary tale flowing not too far below the surface here.